ARLINGTON, Texas – After winning the Professional Women’s Bowling Association Rookie of the Year award in 2018, Jordan Richard of Tecumseh, Michigan, had high hopes going into the 2019 PWBA Tour season.

Her rookie-of-the-year campaign consisted of her first career win (PWBA Greater Harrisburg Open), and five total appearances on TV, third most of all players on tour.

The 2019 season, however, saw a lot of missed opportunities and an inability to see the “bigger picture.”

“I had my eyes set on more of the bigger picture than focusing on the process of each tournament,” said Richard, who picked up her second career win at the 2019 PWBA Lincoln Open. “I made a few TV shows in 2018, and I think I expected to make all of them in 2019. But, I’m human and I can’t make every show, no matter how bad I may want to.

“My two seasons were very similar, but 2018 was slightly better because I made more TV shows and gave myself more opportunities to win.”

Despite making fewer TV shows in 2019, Richard was higher on the points, earnings and cashes lists.

While the PWBA Tour season may only last four months on the calendar (April 23 – August 23, not including the season-ending PWBA Tour Championship), there are 13 regular-season events covering all four corners of the country. It is a long, grueling season that takes a toll on these players.

The offseason is very important, and while Richard has spent her time bowling on less-demanding oil patterns in a more relaxed setting, she hasn’t stopped learning.

“I’ve been bowling leagues with friends and family, and I bowl in a scratch travel league to maintain a level of competitiveness and to stay sharp and focused,’ said the Arkansas State graduate. “My game is always a work in progress and shockingly, I can learn things at league that I can use on tour. I’m always striving to get better.”

For most of the 2019 season the players on tour were chasing Shannon O’Keefe, who won five titles, including the PWBA Tour Championship and her second consecutive PWBA Player of the Year award.

Richard knows that the path to the 2020 PWBA Tour Championship runs through O’Keefe. 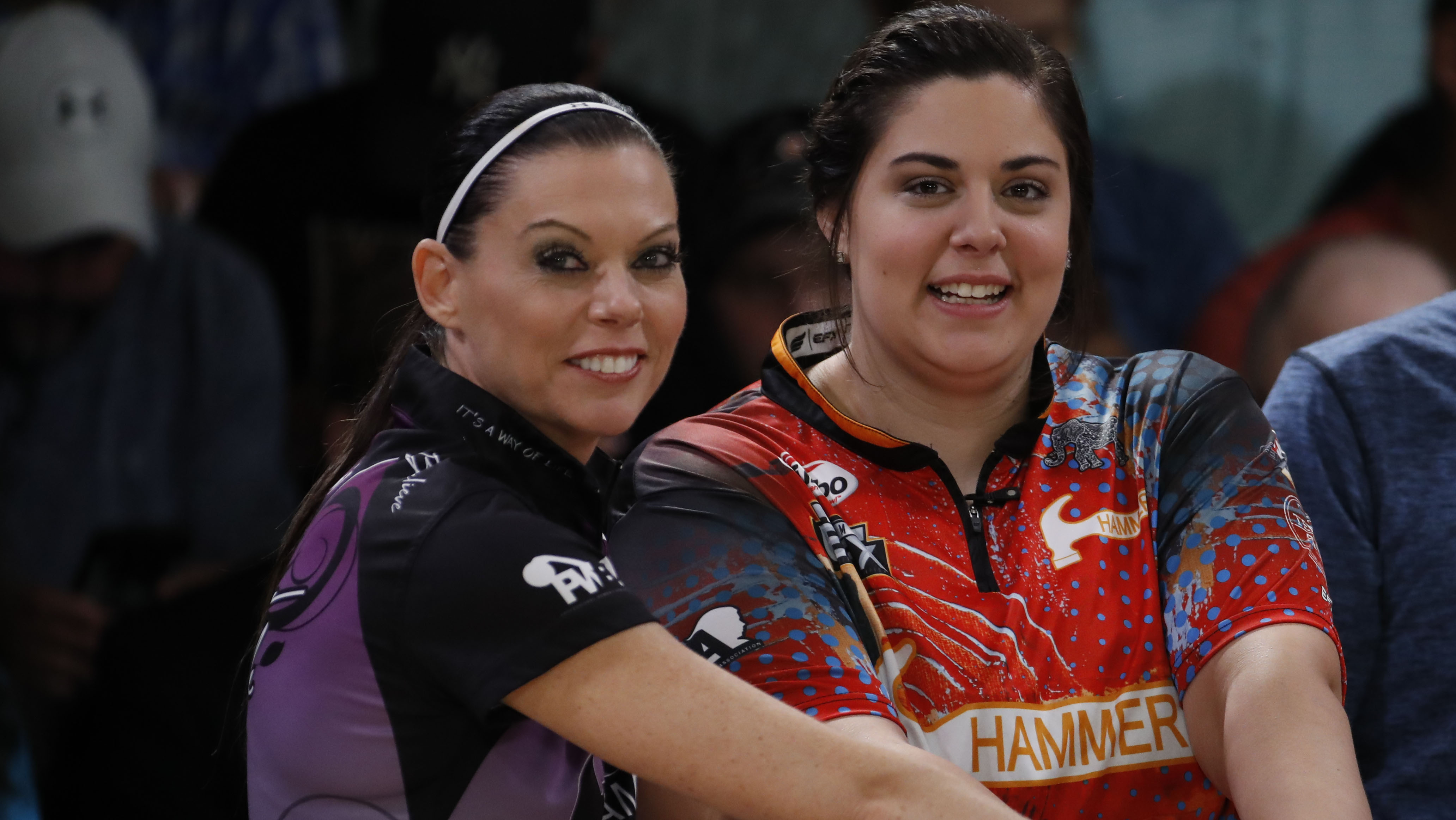 “Shannon is Shannon,” Richard said. “She’s the dominant player on tour and her dedication and hard work don’t go unnoticed. I give her all the credit in the world for how disciplined she is. But, for me to challenge her for the top spot, I must have more dedication and need to focus more on what I’m doing, than what others are doing.”

The long days, weeks and months on the road can be hard for the players, and having a support system off the lanes is as essential to success as having the right ball motion on the lanes.

Richard is in the unique position of having her twin sister, Haley, out on tour with her. Despite competing against each other every week, Jordan and Haley are able to lean on one another when times get tough.

“Haley is my absolute best friend, my backbone, as everyone says, “their ride or die.” I find so much comfort in having her with me at all the tour stops. I’m a homebody and get homesick easily, so having a little part of home with me all the time makes it a little easier.

“I like bowling by her so when I’m bowling bad or something happens, I can go talk to her and she makes everything better. She keeps me grounded, focused when I don’t want to be focused, and always pushes me beyond what I think I’m capable of. I wouldn’t change a thing about our life together on tour.”

With the 2020 season quickly approaching, Richard already has begun getting back into her practice regimen and preparing mentally for the long season ahead.

Part of that preparation is setting goals for the upcoming months and maintaining focus on those goals as the year progresses, even when things may not be going all that well.

“I let go of certain things in 2019 and wasn’t always myself,” Richard said. “I let my guard down and my drive wasn’t fully there 100 percent of the time. Success doesn’t come without failure, and I’ll be the first to admit I wasn’t always in it 100 percent. I am going to stay present and focused, keep my drive and trust that my process will take me to the finish line.”

The 2020 PWBA Tour season kicks off with the PWBA Tucson Open on April 23-25 at Lucky Strike Bowl in Tucson, Arizona.

Visit  PWBA.com  for more information on the PWBA.